Breathtaking landscapes. Unfathomable mysteries. Nature thrills our hearts and calls us to adventure. Earth is a precious miracle, billions of years in the making. Now the natural world is under threat. Wild and beautiful places are disappearing fast.
Here meet the behind-the-scenes heroes passionate about protecting the planet and securing a sustainable future.

What drives them to “save the beyond”?

PROMASTER has been the professional sports watch for adventurers and explorers around the world since 1989. We are using 2019, our 30th-anniversary year, as an opportunity to reflect on how we can support this community in the years ahead. 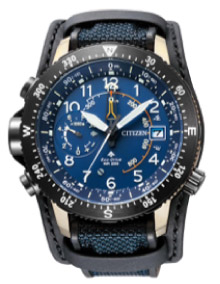 About CITIZEN WATCH
CITIZEN WATCH is a true manufacture d’horlogerie with a comprehensive manufacturing process that extends from creating a watch’s individual components to its final assembly. The company operates in more than 130 countries around the world. Since its founding in 1918, CITIZEN has held the belief of “Better Starts Now” — that is, no matter who you are and what you do, it is always possible to make something better, and now is the time to start doing it. Sharing this belief, we have made watches, invented and improved technologies and explored the future of watches such as our proprietary light-powered Eco-Drive technology and state-of-the-art satellite-synchronised timekeeping. 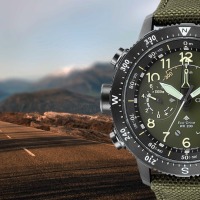